Is the Store Owner Liable for Injuries Caused by Falling Objects? 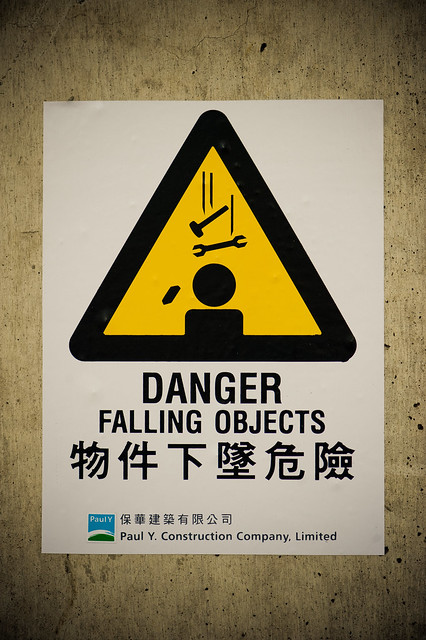 Who is liable if you are injured by a falling object while shopping at a store?

Shopping is more or less a necessity in life. While the growth of shopping online has meant that more Americans now have the freedom to do their groceries from home than ever before, there’ll still be that moment when you have to go to a store physically. This can be for any reason from only needing one or two items that aren’t worth home-delivery, or for seeing the product in person for yourself. While shopping is not exactly a life-threatening scenario – otherwise Wal-Mart greeters would be more likely to hand out liability waivers than special offer vouchers – the chances of an accident are still there.

If you are struck by a falling object while shopping, the results can be a little severe. Chances are you’ll have no more than a few bruises and a few more cans of creamed corn than you originally intended. However, there is also the possibility of bleeding, head trauma, or even fractures depending on just how bad the fall is. There’s a ton of difference between a packet of chips and an entire shelf full of jelly for example.

The easiest way to determine fault in an accident is to identify what was going on right before the accident. What happened that led to you being struck by several cans of baked cans?

If the store owner is liable for injuries caused by falling objects, then you should be able to link the accident directly to some action or inaction on the part of the store and its staff. The most usual cause of falling objects is improperly stacked goods, usually cans or jars. If a staff member has placed these on the shelf without proper regard to health and safety, then the store is legally liable for any injuries caused by it. Another way objects may fall off shelves is if the shelves in question are very poorly set up, or have been knowingly and deliberately overladen with goods. If they collapse on you, then again the store owner is liable for any injuries you’ve suffered.

This is not only produce on shelves either. Hanging signs can also pose a risk if they should fall due to improperly checked fastenings, as can promotional banners. If a sign looks as though it could be a potential hazard, you may want to warn the store owner. That way, if they refuse to act on your warning and the sign falls, they cannot waive liability. You can stand as a witness to say you warned them about the sign, and they did nothing about it.

Now, on the other hand, if those falling objects can be linked to you, such as by you knocking a display over with a shopping cart or removing a load-bearing can from a large stack, then the accident is your fault. If you attempt to sue and the ruling judge finds this, then at the very least you’ll be out court costs and lawyer fees. Make sure you know for certain where the blame lies. Above all, ensure that you have convincing proof. The store owner has access to CCTV footage that they can use to back up their case, a luxury you may well lack.

Lacking video footage, you may have to rely on witnesses. If any other shoppers in the store can attest that they saw things in the store that suggest the injury is the store owner’s fault, you have a much stronger case. If you can, photos of over haphazardly stacked produce or poorly maintained signs can also help.

If you are ever uncertain whether a store owner is liable for your injuries, you do have the option of seeking legal help. Even if you decide that the case isn’t worth the expense of hiring a lawyer such as David R. Heil to represent you, it does pay to have an expert opinion on your case to help solidify it and further guarantee your chances of getting a favourable ruling. They can inform you of legal loopholes the store may try to use and how to prevent them, and give you their estimate of how much you could sue for. That way, if the shop tries to stave off a lawsuit with an upfront settlement, you know whether you are being shilled or not.

_______________
About the Writer
Christian Mills is a freelance writer specializing in law topics. He strives to make sure his readers are well versed on their rights and the law so that they will never have to worry about being taken advantage of. If you wish to learn more about Christian you can visit Google+.